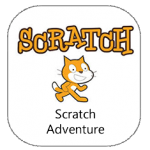 Let your imagination run wild in this multimedia adventure.
Scratch is a fun and easy way for kids to learn the basics of programming using snap-together code blocks to build working programs 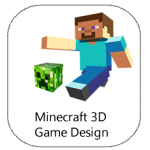 Minecraft 3D Game DesignStudents learn to build Minecraft® world, create adventure maps, and modify game elements. They will be guided from design to production and explore the many roles and tasks required to design modern 3D games.

Mobile Game Design and DevelopmentStudents learn to design and program 2D game apps for Android and IOS devices. They learn both development skills and principles of design in an exciting game environment. 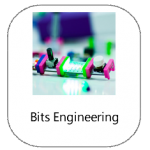 Bits Engineering: Engineering and Space ScienceUsing both computer programs and hands-on experiments, kids learn about electrical engineering, structural design and space flight. It’s a chance to introduce kids to a wide range of Science subjects while exploring the science behind electronics, architecture and flight.

This course provides an introduction to the Java programming language with a focus on procedural programming and quick instruction to object-oriented concept.

These courses have more in-depth coverage of algorithm to prepare students for USA Computing Olympiad.

Any cookies that may not be particularly necessary for the website to function and is used specifically to collect user personal data via analytics, ads, other embedded contents are termed as non-necessary cookies. It is mandatory to procure user consent prior to running these cookies on your website.